Urbanisation worldwide has been found to be an effective means for economic growth leading to socio-cultural development. In order to strengthen the national economy, Bangladesh’s growth should also be aligned in the same footing. Moreover, this has become a compelling task globally while average income of the people has been on an increasing trend as people are shifting means for living from agriculture to other sectors. Estimation  indicates that population in Urban areas was 4.12 billion (55%) in 2017 which will turn into 7 billion by 2050. Trends in Bangladesh follows the same where statistics  show ratio of people in urban areas was 8% in 1972 rising to 22% in 1996 with 38% in 2020. As such, Bangladesh has not been an exception rather it is projected that the total figure of urban people will stand at half of the country’s population by 2030. With the continuation of present growth rate  of 3% of migration to urban areas every year, this would turn into an alarming situation unless the urban areas are fitted with minimum needs to offer quality-life to the urban inhabitants.

As the twenty-first century is perceived as an era of globalisation and of free market economy where both positive and negative impacts of such forces will play crucial role in shaping the urbanization. Bangladesh has made its 8th five years plan in line with the objectives of SDG as well as to attain the objectives set under Perspective Plan of 2021-‘41. Moreover, the country would need to pass through other process to prove its sustainability as MIC in 2024 and later to get final declaration as MIC in 2026. In order to meet the targeted growth rate of 7.5% on average every year more emphasis is required in areas where population density is more and areas from where GDP acquires more of its share. FDI is on positive trend and to draw more investment that the country has been under set to complete 100 Economic Zones and this would result increasing urban-density in the days ahead. Country’s policy further needs to shift agriculture sector to industrial sector (37% in 2021), so considering these factors, the urban Bangladesh would obviously require more investment to keep strengthening her total GDP.

Rapid urban growth has increased the demands for urban utilities and services such as housing, health, education, water, sanitation, sewerage, garbage disposal, transport, electricity, gas, telephone, etc. In each of these sectors, scarcity or inadequacy of the services become the cause of sorrow and misery of the urban people.

Only recently, Bangladesh has initiated integrated urban development (introducing BNBC, 2020 & DAP, 2021) but yet to reach satisfactory levels. Given the huge potentials and opportunities of the urban sector and the unplanned haphazard growth, inadequate municipal structure and limited institutional capacity on other hand, it is one of the top most priorities to address the prevailing situations.

The SMIFP objectives are to support Bangladesh commitment with the New Urban Agenda, adopted at Habitat III in Quito (2016) referred as the thematic track to align the SDG-11.

In this regard, the project will address cities and human settlements more inclusive in respect of the Sustainable Development Goals. The activities of the project will mainly focus on infrastructure development and ensure civic facilities in the urban areas. The proposed project is rightly aligned with the sectoral allocation. It will contribute to improve basic urban services and municipal capacity in selected ULBs with high economic growth and job creation potentialities. 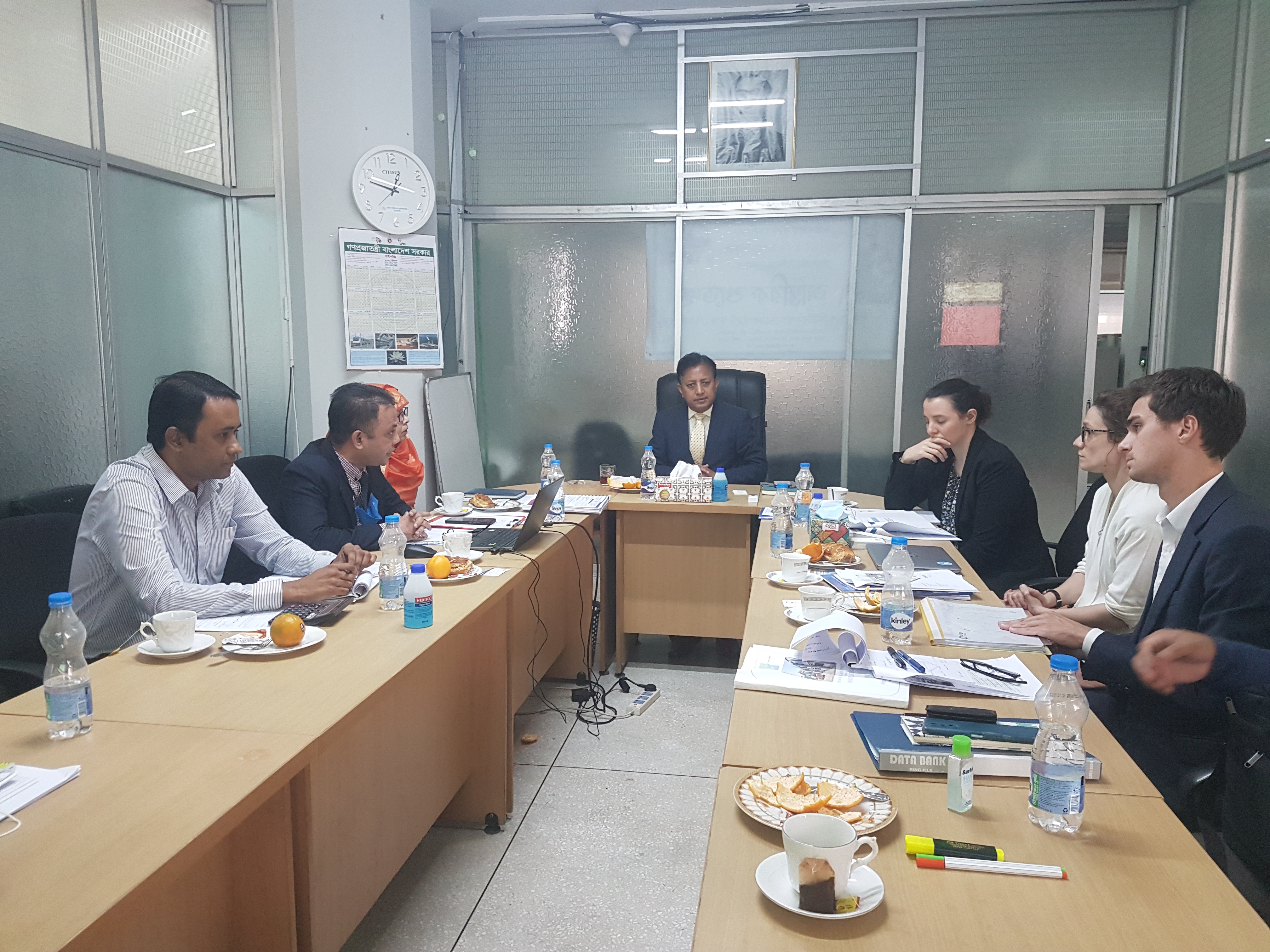